Mark joined Glass Doctor in April of 2010 as the vice president of operations. But Mark’s experience in franchising goes back to 1981 when he joined Kinetico Incorporated and worked with Kinetico dealers throughout the world.  After 18 years in the water treatment field at both the corporate and franchise level, Mark joined Batteries Plus heading up their franchise sales effort.  Later Mark joined Midas International in franchise development covering 27 states and Western Canada, awarding franchises throughout those areas. 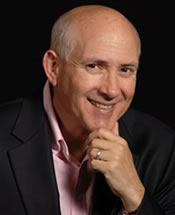 In 2002, Mark became a member of Valpak, the company that pioneered the concept of local cooperative mail in the U.S. in 1968. Initially Mark was a franchise consultant for Valpak.  He moved to corporate headquarters in Largo, Fla., later that year to head up Valpak’s franchise sales efforts.  His role was expanded as he started Team One, the support group that worked with new franchisees.  From there he also assumed the operational responsibilities for all of the franchisees in the markets of under 150,000 households – which was 60 percent of Valpak’s network.  Finally, he was subsequently named as the director of recruiting and was a finalist for the prestigious Stevie Award for his department’s recruiting efforts.

Mark is also very involved in the International Franchise Association (IFA).  He is the immediate past chairman of the Board of Governors for the Institute of Certified Franchise Executives, having earned his CFE in 2005.  He is also on the IFA’s Educational Foundation Board of Trustees.  Previously Liston was a member of the VetFran Committee and IFA’s Public Relations Committee.