Home » Uncategorized » Leadership Lessons—From Down Under

One of the Dwyer Group’s goals this year is “self-improvement”—a way for the company’s leaders to improve themselves physically, emotionally and in leadership.

Last week Matthew Kelly spoke to our leadership group. When I saw that Matthew Kelly was coming to town I was shocked that no one told me that our great franchisee from Cleveland, Matt Kelly, was coming. It was then that I discovered it was going to be a different Matthew Kelly. (http://www.amazon.com/Matthew-Kelly/e/B001H6RVOE) I hadn’t heard of him, nor had I heard of his books: “Dream Manager” and “Off Balance.” He has sold more than 10 million copies in 25 different languages.

Amazon describes him as, “captivating audiences around the world since his late teens. Over the past decade, more than four million people have attended his seminars in over 50 countries. Kelly is the president of Floyd Consulting.” He is from Australia and is also the founder of Dynamic Catholic Institute. One of the most impactful speakers I’ve ever seen.

I thought I’d share some of his thoughts and suggest that you buy one his books. They break things down in a way I haven’t seen before and the illustrations make perfect sense to me.

For instance, let’s discuss the engaged and the disengaged people in your company. You know who they are. Engaged people are a people of possibility. They believe the future is bigger than the past. They also believe that they can impact the future.

On the other hand, Kelly describes the disengaged as “QS’s—Those who quit and stayed.” Ever have those folks on staff? They don’t vote because they say it won’t do any good. They are the impossibility thinkers who won’t try anything new because they tried in once in 1984 and it didn’t work then—so it won’t surely work now. Folks with no energy. People who make the room gloomy by just walking in.

One of the most fascinating parts of his one-hour presentation was comparing “smart companies” with “healthy companies.”

Kelly said, “Most companies only ever scratch the surface of their collective intelligence and talent because they don’t give smart people a healthy environment.”

How is your company? Functional of dysfunctional? Smart or healthy … or both? Are your people focused on getting better at what they do every day? Better yet—just a little better every year? What about yourself?

I’ll finish this week’s article with an illustration he gave. Draw this arrow: 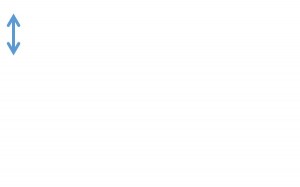 Think about the last time someone on your team said they would be at a customer’s house at 9 a.m. By 11 a.m. the tech hadn’t gotten to the house yet and no one called. How was the customer? Disappointed, resentful, angry, frustrated and didn’t trust your company anymore.

A simple lesson by someone who is obviously a great leader—Matthew Kelly!

Posted on November 17, 2014 by Mark Liston, Comments off
Posted in Uncategorized and tagged as AGRR, Glass Doctor, glassBYTEs.com, Mark Liston, On the Mark: Leadership Lessons
< Previous Next >